You can get information anywhere. What I promise you here is the KNOWLEDGE you need to be a successful investor in these crazy times! 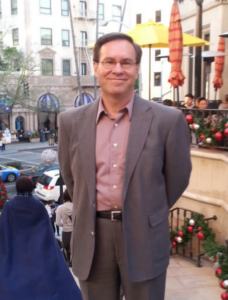 Chris' more than three-decade career in various areas of the financial services industry started at an unusually tender age. Fresh out of high school, and while attending business-oriented college classes in his hometown of Binghamton, New York, Chris was recruited by a local financial planning firm. In the fall of 1979, he obtained his licensing in the insurance industry in New York. Just a few months later, he earned licensure with the National Association of Securities Dealers, or N.A.S.D., to market investment securities through his firm. In the ensuing years, Temple earned a variety of awards and professional designations relative to his expertise -- and sales -- in the areas of financial and estate planning.

Chris quickly rose through the ranks with his firm, becoming a top salesman. He was instrumental in helping his company expand throughout New York and northern Pennsylvania, opening several new offices. Particularly noteworthy is that, at just 20 years of age, he was asked by his firm to become a registered principal, and manage the day-to-day affairs of the firm's brokerage arm. Upon completion of the required training and testing, Temple became a general securities principal, was put in charge of the securities division and was responsible for managing several dozen other licensed representatives... almost all of whom were old enough to be his parents!

It was during this time, however, that Chris received his first shock in the investment business. Chiefly, he had been coached to sell certain mutual funds which had done particularly well in the late 1970's by capitalizing on the rise in prices of such commodities as gold and oil. Toward the end of this inflationary move, he urged his clients to invest in these funds, based on their past track record and how well they were doing as the moves in these types of commodity plays were peaking.

But then, as history shows, then-Federal Reserve Chairman Paul Volcker slammed on the monetary brakes. These actions sent interest rates rocketing, the economy into recession--and these previously "hot" mutual funds to significant losses, as everything from gold, to crude oil, to farmland crashed.

Disturbing to Chris was the fact that, even for him, there was no warning from either his firm or the mutual fund involved to get out of harm's way! Nobody could offer him--or his clients--a credible explanation as to WHY the losses his clients were experiencing were not foreseen, and thus avoidable. As he has recounted numerous times since in telling the story of his epiphany, we can look back at this era today and understand that this was--up to that time--the most dramatic change in Fed policy ever. Chris did not understand why the "experts" he was depending on for his guidance didn't foresee the ultimate consequences (let alone advise he and, in turn, his clients) that they needed to change course.

You see--as with virtually all other Americans who enter the financial services industry--Chris had received a high degree of training as to how to sell securities. And, he was good at it. However, he quickly realized that he was woefully untrained (as is seemingly the entire industry) in really understanding what makes the markets, the economy, and our monetary system "tick." He felt let down, and that he had let his clients down. All he was told to by those he looked to for guidance in his early career was the old saw, "Don't try to time the market. People should be in it for the long term."

But that was not good enough for Chris Temple.

Soon he began studying and researching the markets in greater depth, together with the monetary and economic systems underlying them. Often times he was ridiculed by some at his firm, particularly with his "obsession" of trying to learn what the Federal Reserve did, and what it was all about. He learned of what he calls now "The Game" of fractional reserve banking, and of how virtually every policy in government...every move we make as consumers and investors... wars... and more are determined by these forces. "The Game" also leads to often predictable swings in various asset markets, IF you know the priorities of those in control. Chris has now spent a generation since those days in the early 1980's, both studying the inner workings of the financial system and in making that information understandable to folks just like you. (NOTE: An archived version of his signature essay, "Understanding the Game," is on this website in the Commentaries section.)

With this foundation, Chris' covering of the markets and his forecasts for interest rates, currencies, gold and more have been superior. His newsletter, The National Investor, has consistently rated in the top tier of all those covered by the highly-regarded Hulbert Financial Digest; and just as much because Chris has helped his subscribers avoid major portfolio losses during market upheavals (for instance, Chris tells us that one of his proudest achievements was his record in 2008, when subscribers to The National Investor who followed his advice were EVEN for the year, while others LOST 30-50% as the financial system came unglued!) He has established himself through his years of study, hard work, successes, and failures as one of the most insightful and most accurate financial commentators and advisors in North America. 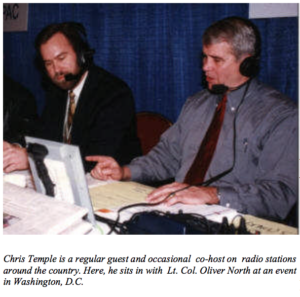 Chris’s common-sense, easy-to-understand approach to the markets combined with his track record has earned both he and The National Investor a rapidly growing following. He is a sought-after guest on radio stations all across America, as well as a sought-after speaker for organizations. His commentaries and some of his recommendations have appeared in Barron’s, Forbes, the Dick Davis Digest, Investors’ Digest, PrudentBear.com, Kitco.com, the Korelin Economics Report and other media. His work not only involves the subject of investing, but also fresh and provocative insights on national and international economics, culture, and politics. And, as he likes to point out, he sees his job as giving KNOWLEDGE to his Members, not merely information.

Chris' approach is FIRST and foremost to help his Subscribers and Members understand the world in which we live -- specifically, of course, the financial/investment markets -- and thus be able to successfully manage and grow their savings. As he says in "Understanding the Game," stick with him a while and you'll know more about what makes the markets tick than your stockbroker and banker do!

He thus first stresses at least a basic knowledge of what makes the markets "tick." Over the years, the majority of the kudos he's received have not been due to specific investment performances or certain "picks," even though his performance according to the well-known Hulbert Financial Digest has not only handily beaten the market for many years, but has also usually been better than the overwhelming majority of his peers. Instead, the utility of The National Investor according to his subscribers has more often been that -- reading Chris' newsletter and commentaries -- they now "get it." (You can read a sampling of those testimonials elsewhere on this site.)

It is only based on that knowledge -- and a reasonable look at the "macro" picture with the economy and markets --that Chris then crafts a specific roadmap for his Members. As he lays out in considerably more detail in his Membership Handbook, this involves a conservative approach to asset allocation (Chris stresses that the more important task in managing a portfolio is to avoid major losses) and a two-step process for identifying ETF's (exchange-traded funds) and individual stocks.

At the end of the day, investors most always realize the greatest profits by buying individual companies when they are cheap/timely and -- sometimes -- pretty much undiscovered. Clearly, Chris enjoys discovering and "kicking the tires" of worthwhile opportunities almost as much as talking about the Fed and the "big picture!" 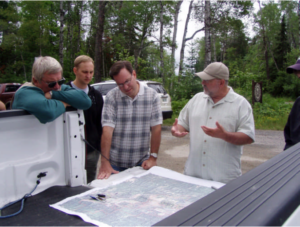 Often, Chris visits companies he is contemplating recommending to his Members. In the photo above, he (second from right) is on a field trip a few years ago to the "Arrowhead" of Minnesota, otherwise known as The Iron Range. Among other companies, this area is home to PolyMet Mining (NYSE Arca-PLM; TSE-POM) a minerals explorer/developer that was one of Chris' several "10-bagger" picks of the big move in junior resource stocks that began for some of them as early as 2001.

These days, Chris is stressing anew that -- with the overall market of early 2014 once more being pricey -- the wisest and most successful investors of the next several years will be those who rediscover the skills of investing. Particularly as the "Great Rotation" that Chris is talking about -- part like 2000-2002, part like the late 1970's -- unfolds, the greatest rewards will go to investors who do their homework!

We'd be remiss in not also pointing out that one way in which Chris has distinguished The National Investor as a profitable and beneficial resource for his Members is by his accessibility to them! Few other newsletter Editors make themselves available on a one-on-one basis to Subscribers to answer their questions, but Chris DOES.

We hope you will take advantage of the hard work, knowledge and proven success of Chris and The National Investor and join us! Simply click on the link "Subscribe/Renew" and enter your order!

Login to this site requires ssl communication.
Click here to reload the page over ssl.

What Makes The National Investor Tick?

A Guide to stock picking that EVERYONE can enjoy!

I really enjoy listening to Chris. He is not in the business of just feeding the listeners with what he might think they want to hear. I appreciate his straight talk style and calling it like he sees it without regard for getting approval of the audience like some of the Yo-Yo’s we see and hear on TV...I think the guy is a genius.